This program was developed primary for quickly analyzing time-lapse experiments of cell migration, invasion and wound healing assays. Time-lapse experiments saved in Leica’s LIF or (auto-saved) XLEF files can be opened with no delay in loading time. Interactive measurements can be done by the area or counting tool and are save together with experimental data. Extra options are Movie Export, 3D features and support for TIFF files.

Image Data and Meta Data is only read when needed. This makes access to large data sets very quick. Original Files are opened as read-only and are never altered.

Main Form: Choose a LIF/XLEF file or Export Folder. Select an image, single, stack or image time series in the treeview to display. 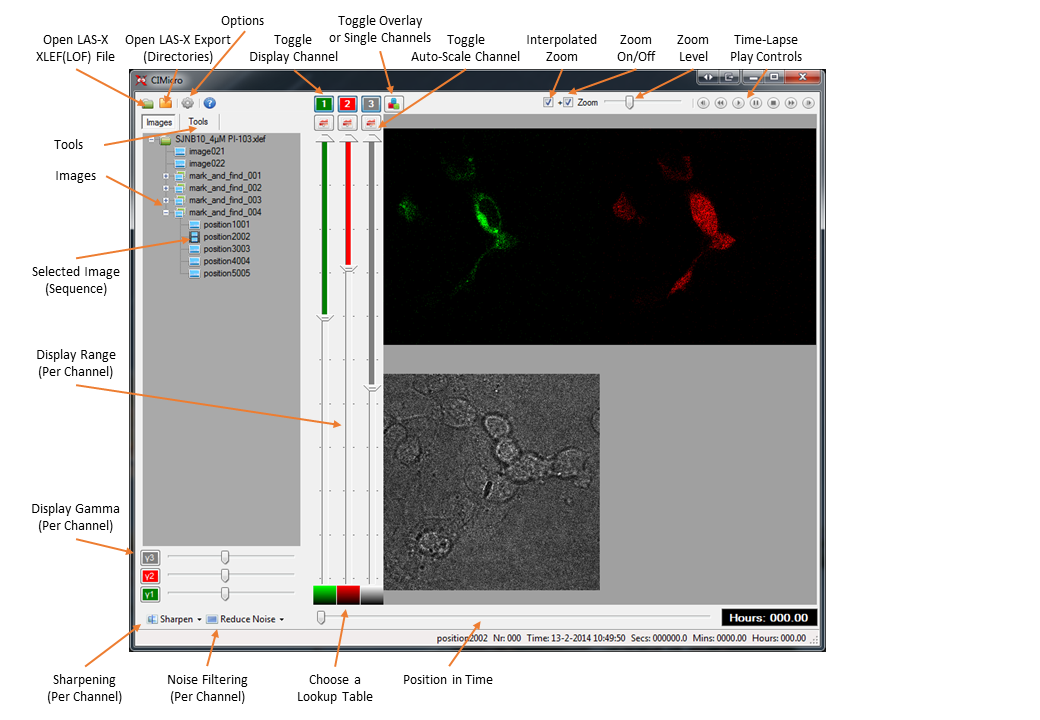 Count: Use one of the four Classes to count events or features (in this example; the Number of Cells) 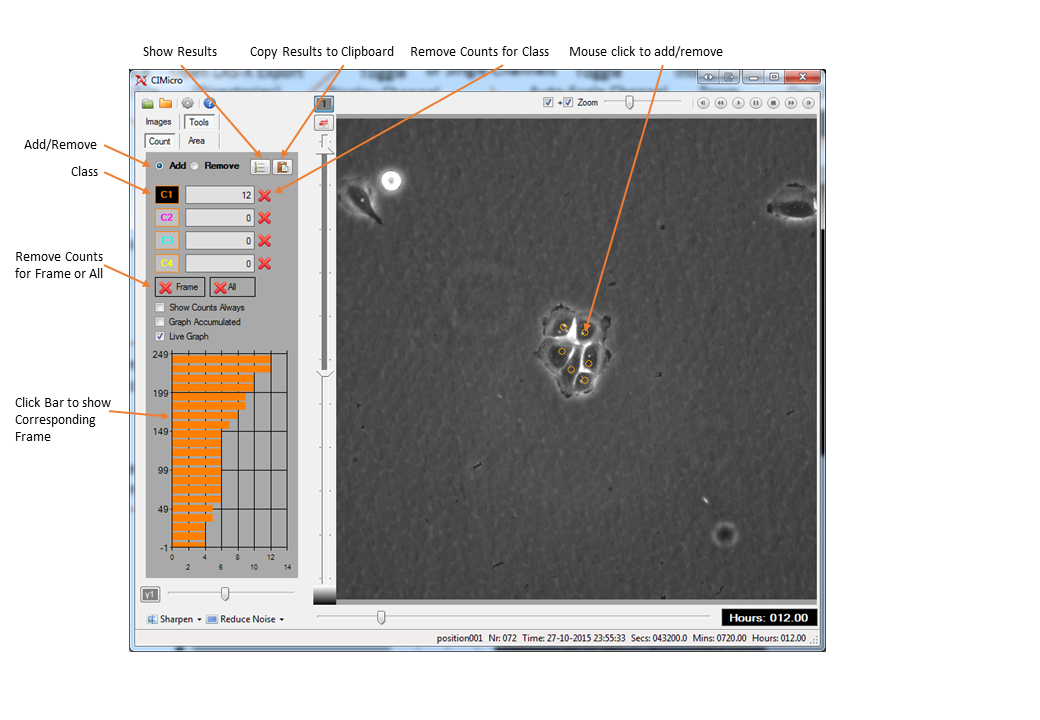 Area: Paint with a Brush to Measure an Area (In this example; the Area of one Clone). Use right click to Flood Fill an Area. 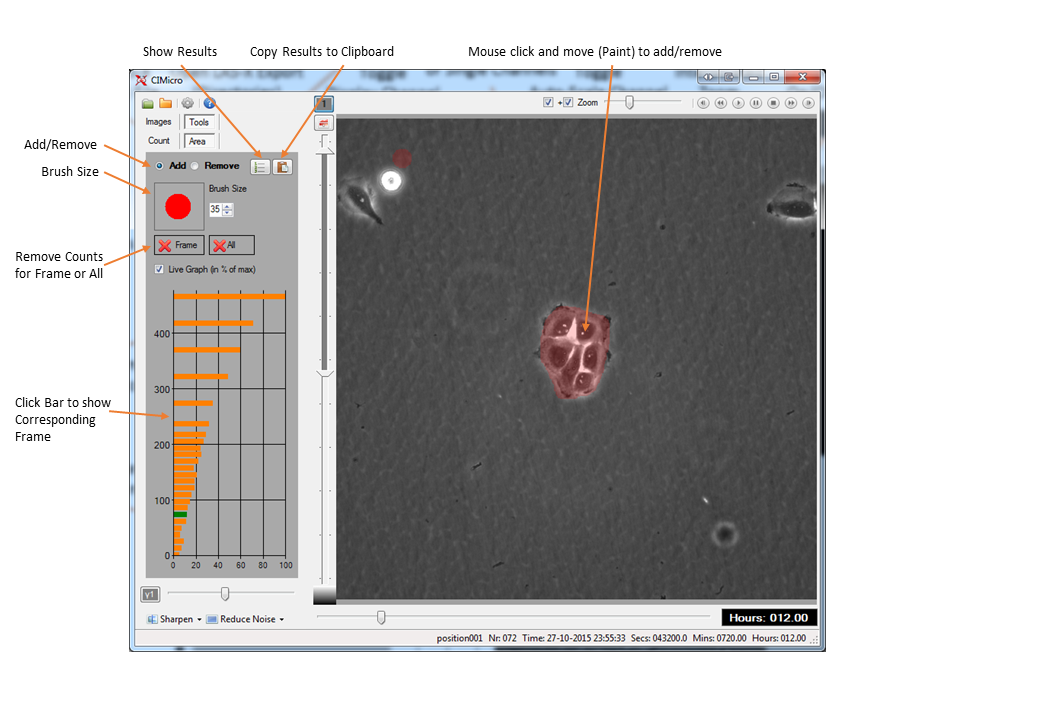 Not shown in screenshots (only visible with stacks).
Keys and Mouse functions: